Let’s take a fresh look at female sexuality and how we can take charge of our pleasure.

The Clitoris Is King

The clitoris plays a central role in female pleasure. The anatomy of the clitoris is actually much bigger than what the eye can see. The visible part in-between the labia on the vulva is called the clitoral glans and is very sensitive. The internal part is made of the crura and the vestibular bulbs that become engorged with blood when arouse, just like the penis (that comes from the same embryo cells!). The clitoris contains around 8,000 nerve endings, so it’s VERY SENSITIVE, and is a real pleasure powerhouse. In fact, it tends to have a shorter refractory period than the penis after an orgasm, meaning that it can be stimulated shortly after climax. Hello, multiple orgasms…And because of its inner structure, research suggests that it can be stimulated during penetration through the vaginal wall. The area up the front wall of the vagina popularized as the G-spot is thought to be where the vagina comes in contact with the clitoris. 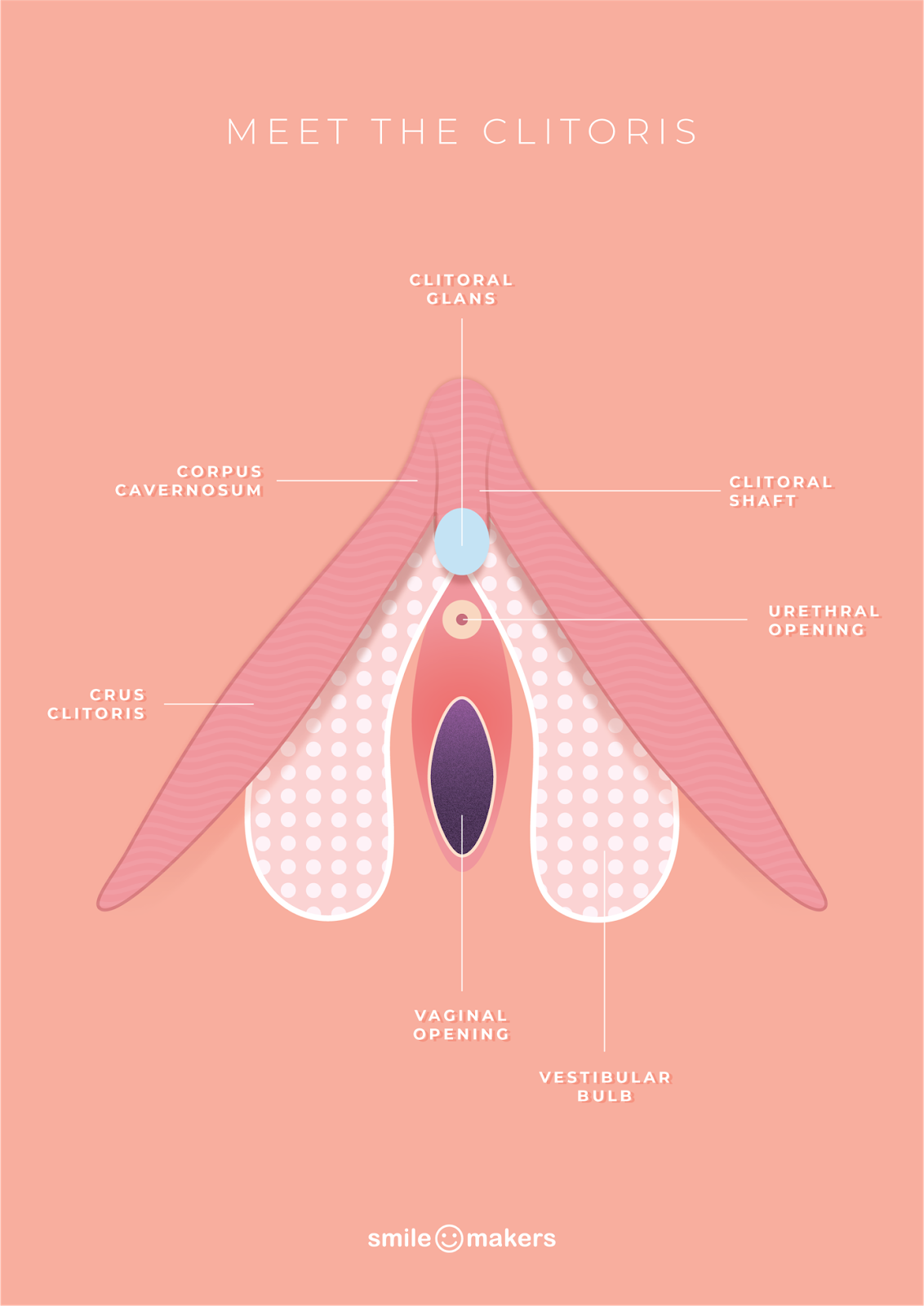 A Clitoral Orgasm Is An Orgasm

A lot of people ask us why they can’t have orgasm. But for a lot of them, what they mean by that is “why can’t they have an orgasm with their partners?”. Having clitoral orgasms is having real orgasms! In fact, what is sometimes called vaginal orgasms require some sort of clitoral stimulation.

There’s No Such Thing As Foreplay

The word “foreplay” suggests that there is a hierarchy of sexual activities and that the star of the show is penetration. Unless you are only having sex to have a baby and are not interested in the pleasurable part of it, there is really no reason to follow a script. If you’re having heterosexual sex, you can have penetrative sex or not), followed by stimulation of the clitoris, or anything you fancy! That’s why we call it outercourse, and not foreplay.

Focusing On Pleasure, Not Orgasm

There is a performative approach to sex that is orgasm focused. But we don’t have to have orgasms to have good sex. Actually, being obsessed with orgasms is a pretty good way to not have them and miss out on all the pleasure we can have. A good way to shift the focus is to get interested by how your body can experience pleasure while stimulating non genital areas! Our skin is scattered with touch receptors, some sensitive to light touch, some to deep pressure. Get curious about your pleasure map and enjoy the journey!